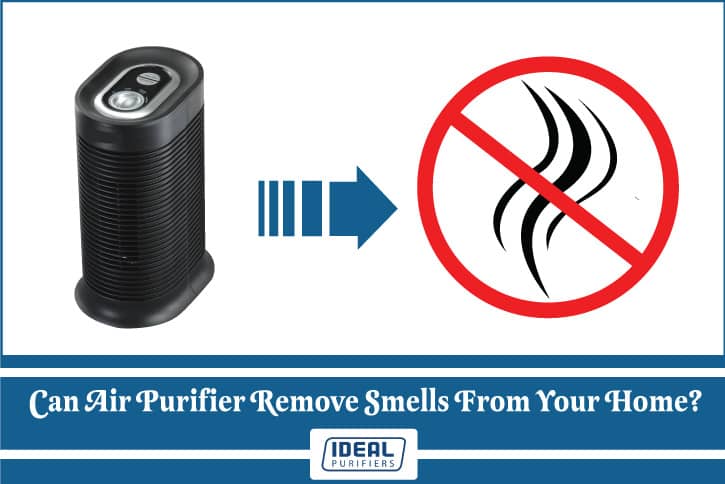 Some common type of smell or odors?

Usually, some volatilized chemical compounds are responsible for odors that people feel by the sense of smell. It is also known as unpleasant odors since pleasant are described as scents.

Even people may sense a different smell at a time. It just not bothers enough but the odors can create fitness issue for somebody. Let’s have a look on some basic types of odors.

Not only a smoker but a non-smoker agree that cigarette smoke is the most unpleasant odor. Unfortunately, if you have a smoker family member, this troublesome odor is inevitable for you and every other member of the family.

The smoke will flow all around the home and also it will cling to furniture surfaces, dress, and body. As a smoker, they will have stained teeth and bad-smelling body even bad-smelling heir.

Also, it can make you suffer from lung cancer. To completely remove cigarette smoke and get fresh air, an air purifier is an ultimate solution.

Nowadays about 68% of us people have at least one pet. Everybody loves their pets. But no one loves adores them and it’s natural. It doesn’t matter how much you bathe or wash them; they will always smell. The most common is dog odors. The people who live with a dog are familiar with these odors as they have to suffer all day.

At the same time, pet dander and hair irritate. These problems mostly caused those people who previously have allergies. So, if you want to get out of it, the best air purifier for pet odor will be the right option as it adsorbs the odors from pets.

The smell of food and cooking dish

Surprisingly smell from cooking food is also responsible for releasing odors and smoke. fried fish is one of these which leaves a lingering odor behind. Foods with spices ingredients also make bad odors. Not only you but your neighbor have face this worse problem if you are sharing a dorm or living in an apartment.

Trust me, the worst scenario you have to face if you forget to throw out the garbage from your home. You have to suffer until you remove it. As the garbage includes a range of materials like chemical compounds or food, it starts to decompose within a short time.as a result it produces strong odors by making gases in the air.House hold chemicals may be more harmful if a chemical is inhaled directly.

The terrible mustiness of mildew and mold

It is always better to prevent the form from mold and mildew. But you should not get panic if you smell these horrible musty. There is plenty of ways available to feel you free from mold and mildew which can be done by avoiding health risks. If you want to know do air purifiers get rid of musty smells? The answer is still yes. Nevertheless, to say the best air purifier for odor elimination can do a great job.

Some common odors in the office

To get relief from odors in the office you can consider an air freshener. However, adding air freshener to remove embarrassing strong smells can induce problem like VOCs. So, it can increase the risk of several health problems. No one likes a stinky workplace, but modern science alert that working or living around pronounced smells has a noticeable effect on decision-making and human health. Research over 1,000 American adults shows that 34.7% of people facing problems in the workplace because of air fragranced products. On the other hand, 20% of people want to leave their office if possible as they go through bad air fresheners. The other 50% of people recommend making business professionals, health care facilities, airplanes, and hotel fragrance-free.

Why odor is so hard to remove from the air?

Odor or smell is so hard to remove as usual air purifier doesn’t design to get rid of VOCs from the air. Usually, most of the air purifier is design such a way that can remove larger particle-like dander, pollen, and dust. Besides these are also referred to as mechanical filtration that comes to collect particles from the filter surface, rather than removing VOCs from the air.

Does an air purifier remove the smell from the air?

Though HEPA filter can’t adsorb smell as Activated Carbon filter does, it can capture the tiniest particles of chemicals that release the odors. We recommend you to get an air purifier that has both of the systems, as it works better to clean air. However, you will find this combination only in high-end air purifiers that are expensive as well. So, it’s the best suggestion that you should clean your house regularly.

At the same time, an air vent will play a vital role to keep you from the smell in the kitchen. Let’s wide open the window to get some fresh air as it can automatically keep the room fresh. Conversely, it will reduce the smell as much as possible. If you worry about the garbage, it will be good to dispose of them fast. Following these natural tips, you will relief from smell and odor for a long time if you wish.

If you consider about air purifier let’s check out some effectiveness,

How an air purifier deal with smell or odor- a comparison

high-efficiency particulate air (HEPA) filter design in an incredible way so it can remove the large particle. However, it can’t eliminate, chemicals, odors, VOCs, or gases. It means HEPA air filters are mainly unsuccessful for odors. Even it may produce, unpleasant odors which makes it worse. While HEPA filters trap pollutants like mold and bacteria, it allows them to multiply over time to increase unpleasant smells. Similarly, do ionic air purifiers remove odors? It follows similar method like HEPA filters.

Though a pure HEPA filter did a great job as a damp, dark, breeding ground of option for mild, mildew, and bacteria, equipping with a UV-C germicidal lamp HEPA filters will serve you even better. UV-C means ultraviolet-C, it usually a type of light that can amazingly kills microorganisms. At the same time, the feature makes it terrible for bacteria to recreate. Though the UV-C light air purifier may not work properly if it doesn’t come with contact time and a high dose of light for destroying bacteria and mold.

Using UV-C with HEPA purifier will be better to reduce smell at home, the bit is also unclear if they work best or not. It is also shown that they produce harmful pollutants like ozone.

In short, a HEPA purifier with UV -C is also not a viable option for removing smell and odor from home.

An air purifier that comes with activated carbon can greatly absorb airborne chemicals, particularly VOCs that are responsible for odor and smell. Finally, it’s a viable option for eliminating the smell from odors. But you have to consider some factor to use this method as the effectiveness of carbon air filters is dependent on a few factors

Firstly, check how the amount of carbon use is an air purifier. If the air purifier has insufficient carbon, it will reduce the effectiveness of removing odors. Besides, the thickness of carbon structures where the air gets filter also plays a vital role in the filter’s overall capability. However, there is a range of inexpensive and thin carbon filters are available in the market but they are not effective enough for removing the smell, chemical, odor, and pollutants from the air.

On the other hand, carbon air filters have an off-gassing process which considers as a potential drawback. While the carbon becomes saturated or a quick change in temperature and humidity disturb the carbon, it causes the filter to relieve the VOCs back into the air.

If you want to go for an activated carbon purifier, we suggest you pick an air purifier that has a higher weight of carbon. Remember you should replace the filter if it gets saturated. However, off-gassing may still happen if the saturation and weight of the filter are present.

However, activated carbon purifier is an amazing option but there are have another enduring system available to deal with odor and smell. The name of the method is (PECO) Photo Electrochemical Oxidation. Research scientists have developed the process over two decades to help you out from smell from the air.

This system is working even better when harmful VOCs are present in the air. Most importantly Molekule breaks down their molecular bonds and destroys these harmful chemicals.

It also removes smell by producing free radicals. However, the free radicals can trap the gases but it also destroy them.

How we can help an air purifier to eliminate the smell?

It’s really needed even for the best air purifier. It can be tough for them to eliminate the smell fully without a bit of help.

You can follow these tips to remove the smell from your house completely.

Try to vacuum and mop regularly

However foul odor is certainly caused by poor air quality but the floors may also responsible for a lot more pollutants.

If your regular vacuum and mop regularly it will keep you from the stink. Even if you have pets or a large family it will work.

Before vacuum, if you sprint some baking soda into the floor, it will boost the result. Even you can add some drops of essential oil in baking soda before sprinkle. It will not only capture smell but freshen the carpet.

Promoting good ventilation will boost the air-purifying program. For example, if you open up the window after cooking or just turn on the fan, it will help to come in fresh air while throwing out the smell. Besides, it increases airflow and ensures the particle move. It makes an air purifier effective and prevents coming across odors so strongly.

Whether it’s a HEPA filter or an activated carbon filter you should monitor these after a certain period. Replacing it if necessary, will help you to run an air purifier smoothly.

Hope you get the answer to can an air purifier to remove the smell. But your responsibility does not end here. If you want complete relief from the smell, cooperate with your air purifier by keeping the house clean. Lastly, it is better to choose an air purifier integrated with a carbon filter. To keep your body and mind fresh, takes smell free air. If you get further question put it in our comment box, we will back to you soon.